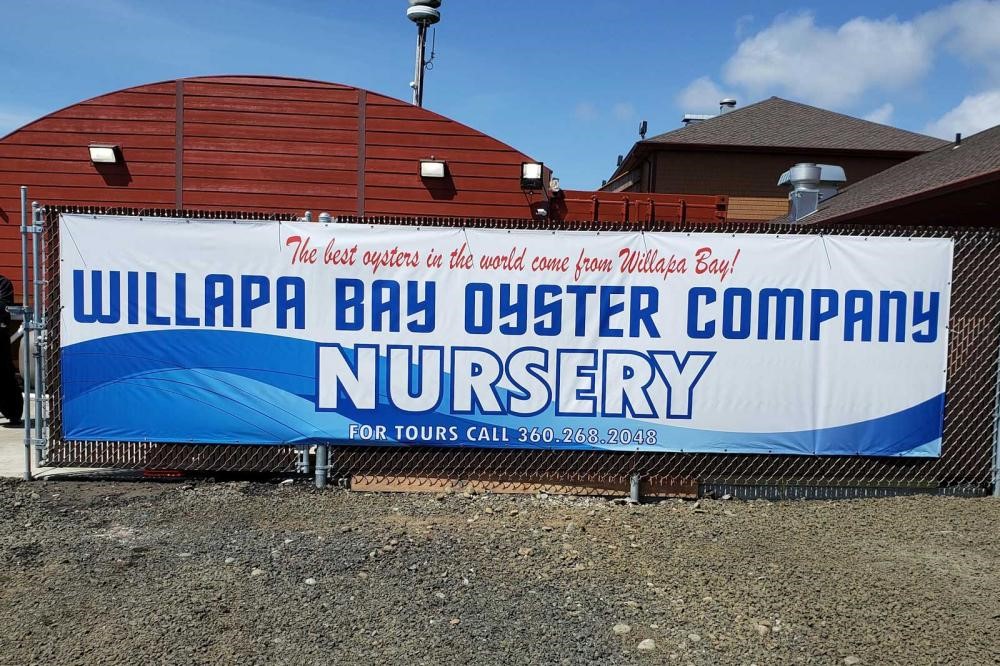 Jesse Downs is no stranger to the world of business or Pacific County.

A member of the Shoalwater Bay Tribe, Jesse grew up in SW Washington. But she’s since crossed the globe, spending sixteen years in the Middle East. Based in Dubai, Jessi ran a business applying smart economics to large-scale planning around the region–while addressing the traditional culture’s concerns about new projects.

Approaching economic development through the lens of tribal society was something Jessi found she could apply back home.

She returned to Pacific County to raise her son, taking a job as an administrator for the tribe. She then entered her current role in Willapa Bay Enterprises (WBE), assisting in new business development.

Willapa Bay Enterprises is a corporation dedicated to the economic development of the Shoalwater Bay Tribe, investing in local businesses and aspiring entrepreneurs in the community. WBE wants to see its people, and Pacific County at large, thrive together.

We asked Jessi to tell us more about WBE and her time there. Here’s what she had to say:

When did Willapa Bay Enterprises (WBE) get its start?

The businesses were here prior to that, but in 2007 it was formed as a corporation–a Section 17 corporation. This is a special category for tribal businesses because it works within our jurisdiction, for the unique aspects of a sovereign tribal nation.

What was the inspiration to start WBE?

The businesses were under the tribe directly before then, and there are some disadvantages to that. For example, limiting tribal or government immunity from liability.

Creating the corporation separates us as a distinct entity, separate from all government operations.

A Harvard American Indian study has over 30 years of data finding that everything works better when you separate politics from business. For one, governments are not always the most efficient distributors of resources. And businesses are usually more profitable.

That’s the primary advantage of separating our tribal businesses under a corporation.

What businesses are under the WBE umbrella?

The Georgetown Station was one of our first businesses. Though it’s not a traditional business; It’s seen more as a community asset.

Particularly after the storm of 2007, when the community was cut off for about 13 days. It made it clear that we’re a desert of many kinds: A food desert, credit desert… health desert. Well, not now that we have a clinic, but traditionally our communities are healthcare deserts.

Anyway, one of the advantages of having Georgetown Station here is that there’s some food on-site as well as gasoline. So it was seen as a benefit to the community as is.

And it’s not designed as a profit center. You’ll see our gas prices are very reasonable. And we try to keep the prices of our basic goods reasonable–still considering the fact that we are still a convenience store, so we don’t do great volumes.

And a few years ago we started the Willapa Bay Oyster Co.

It takes three years to grow mature oysters, so it’s taken that long to start generating revenue from the Willapa Bay-grown oysters.

In the interim, we’ve had an alternate product line where we purchase product from Puget Sound, then transplant them here. We’re finding that what’s being stored in the Bay for 30 days improves the taste of the oysters.

To create jobs for our people and our tribal families.

And we don’t just think about tribal families–although obviously, we do. But also our overall community. Because when you’re trying to do good economic development, you want to think about your economic multiplier–how many times a dollar circulates in your community before it leaves.

Right now it’s incredibly low. So we’re just trying to push that up and understand the economic good.

How, and in what areas, does WBE engage with the community?

We’re a preferred employer, and we’re one of the biggest employers in the county.

As such, we know we need our overall community and to value our staff. We put a lot of thought into our benefits–not only for retention but for our people to feel like they’re working in a good place and are well taken care of.

95% of our staff are not tribal members (most of our tribal people who are employable are already employed), but both the government and WBE have tribal preference. If all else is equal, we should give the job to the tribal family member. And we’re more than happy to train our people to take any available opportunities.

Right now we’re investing in a fantastic young tribal member, and he’s training with the GM of our casino for two years to learn everything about the industry. And it’s because we want to invest in training our people to do these jobs.

We want to ensure our people grow in whatever ways they want.

One of our initiatives is the entrepreneur program: Any tribal members who want to run their own businesses are eligible for the entrepreneurship grant. Because, while we try to grow our economy, we can’t do everything. And what better way to grow together than to support people around us?

If you could do anything differently what would it be?

There are always things that could be done differently. It’s a trade-off in business.

There’s a saying: “Don’t let perfect be the enemy of good.”

And I always kind of go back to opportunity costs. You could always put more thought and more planning into something. Like with the cannabis shop recently opening, I thought about how much revenue we’re forgoing by delaying and not capturing the summer season. So we made some compromises to get it open.

But not every business idea is going to work. That’s just life. And if you’re not taking a risk, you’re doing something wrong, in my opinion. Because that’s not how you get where you’re going in the business world. You have to take calculated risks, then mitigate those risks as much as possible.

If you had advice to offer someone starting a business in Pacific County, what would it be?

Do your research. Reach out to as many people in the community as you can in that process. It’s a small community here, and you need to know all the angles.

And always play the long game. Think through long-term objectives, because it’s a tricky economy here and we’re already dealing with enough barriers.

So have both a short-term and a long-term mindset for a business before you jump in.

You can only eat the elephant one bite at a time.

Thinking about starting a business in Pacific County? Here are some of Jesse’s tips for success: